Drop wizard tower is a game that builds really well on its predecessor.

The original drop wizard is a great game. But its sequel is a much heavier game with a lot more style. It introduces some new ideas that really shine. Don’t worry, not much has changed. You are still wizard that strapping from platform to platform in order to earn points by killing it the creatures that you come across. But there’s a little bit more meat and potatoes to this game than the previous one.

The reason why this game really sets itself apart is because some of the boss battles are really quite smart, and there are some new rogue like elements to the game mechanics that really make the game stand out. 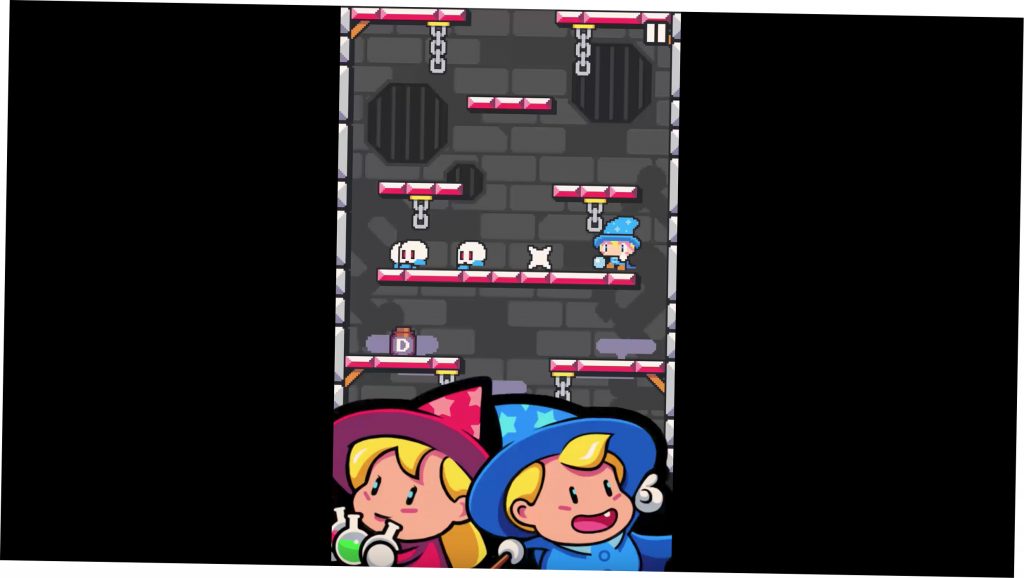 Like its predecessor, when you have are singlescreen levels that involve you dropping from platform to platform. A magical blast fires out every time you drop to a new platform that stuns the monsters in your way. All you have to do after that is bump into them and they’ll shoot off the screen. If you play it well, what you’ll see is an avalanche of dying monsters following before your feet as you fall from platform to platform through the level. 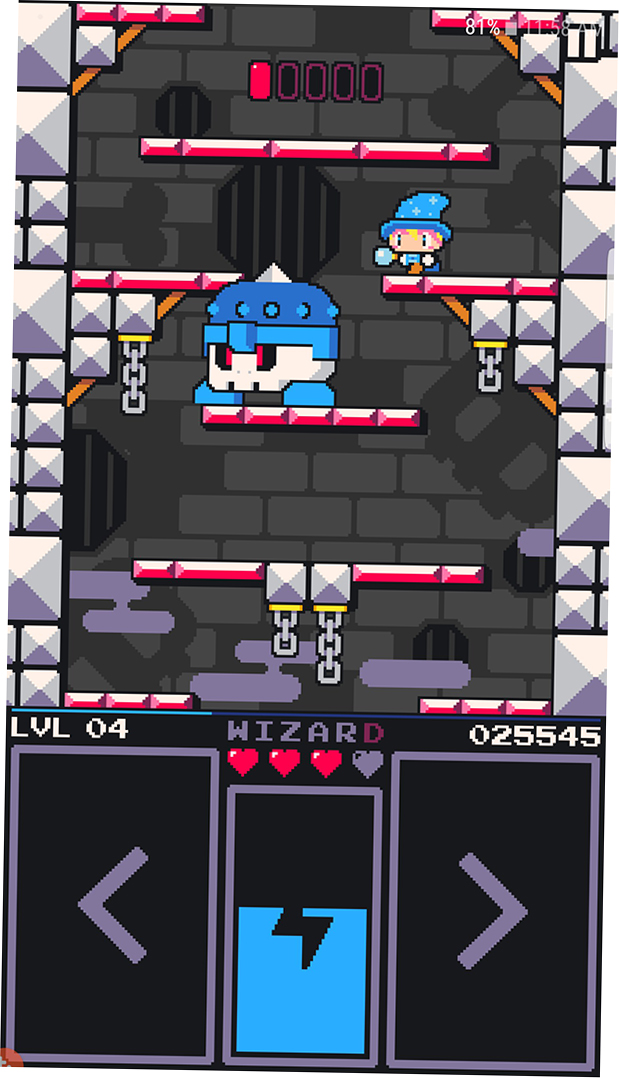 They each have got special moves as well that you can charge up by collecting gems as you go through the game.

You gain XP as well as you go through each level. You can Stanley’s XP points on your skills in order to level up. You can get extra lives, you can improve your stun effect, you can speed up your pace as he jumped down from level to level, or you can get more magic points. It’s not a very complicated system, but it adds a lot as you go through the dungeon. These changes aren’t static, so they change every time you have a run. This makes replayability much better. The levels are actually very random as well, so that changes as well through level level. Basically, you’re not just memorizing patterns as you go through the game, but he getting better at using the game mechanics to play jazz as you go along and to see the enemies.

There quite a few levels in this game. It caps at 50 levels. There are many different situations and you have fun going through each one. It’s got a lot of charm, and it flows really well. It’s not the most rogue like game in the world, but it adds just enough of the element to make it really fun each time you load the game up. I recommend checking it out. Also recommend checking out Jamata Tower Defense and HeroBrine vs. Mobs on the Google Play store.