You have to admit that any tower defense game where you can poison enemies, melt them with lasers, light them on fire, zap them with energy, or freeze them to death is pretty cool.  This game takes focus and can really test your skills to make it through each challenge.  You have to build a maze to get the enemies to travel in the right direction, making it pretty engaging and ensuring the action is pretty tense.

Unlike other tower defense games that can be more idle at times, there are active abilities that you have to use to stop the enemies coming in even while your towers are firing.  There are counter attacks by enemies that will come at you out of nowhere that you have to be prepared to fight against. 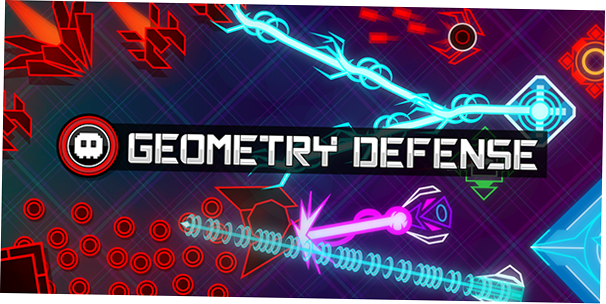 You not only have to upgrade towers, but also your abilities and player stats in the research lab.  This is essential to beating the more power enemies in the game and saving the solar system.

The game has fifteen different towers. Yes, you read that right. There are fifteen.  That’s definitely more than average for a td game.  There are three levels and two upgrade paths as well.  In addition, there are eight different elements that you can use to do eight different types of damage to enemies that all have different effects.

And the feature list doesn’t end there. There are also eight player abilities that you can use on top of everything else to help keep the enemies away from your base.  The eight different enemies that you come across all have different strengths and weaknesses that you have to learn, in addition to the four different boss types of enemies that seemingly come out of nowhere as well. 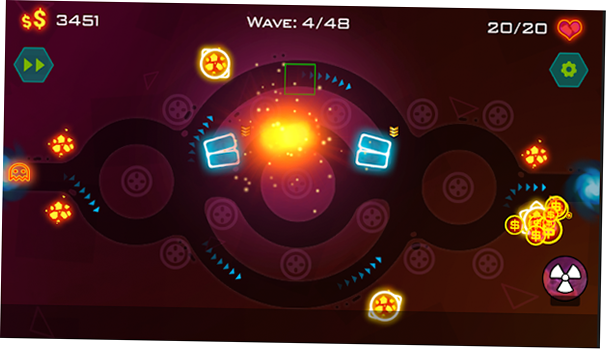 Using the research lab is essential to upgrading.  You can basically improve every stat that you start with.

There are fifty achievements and seven leaderboards on Google Play Games using the Game Center integration in the game.  The game even saves across devices using cloud saving so that you can switch from device to device without having to start a new game.
The campaign mode has over fifty levels that can be played across three different difficulties.  The abilities that you earn when you clear planets actually can cross game modes. So if you earn one ability, you get to use it in multiple game modes.  Each level unlocks upgrades and you get five stars when you beat each one.

The endless level challenge uses infinite waves to challenge even the most hardcore player. The waves are generated procedurally using a wide variety of different combinations.
Give this game a shot- there is a lot of meat to it and if you like tower defense then you won’t be disappointed by this one!